Human Pyramid at Door to Hell 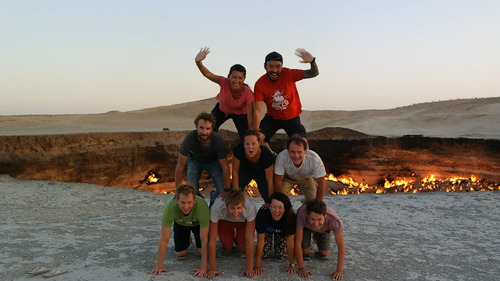 For this mission we drove all the way to Door to Hell in Turkmenistan and form a human pyramid. A HUGE THANK YOU for Tien, Jo, Andrew and Hamish of Ulaan On Your Feet and Stephan, Pavel and Nikolaus of Silkroasters for making a super awesome human pyramid with us!

THANK YOU for your donations! Together we saved over 3 acres of rainforest in Peru!!! 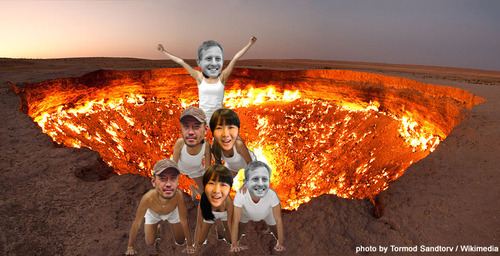 Human Pyramid at Door to Hell

In 1971, Soviet petrochemical scientists found a natural gas field in the middle of nowhere in Turkmenistan. They decided to light it up and see what would happened, till this day the hole in the ground is still on fire!

So why is this such a mission? Because the entire area smell of pungent burning sulfur, and we pledge to form a awesome Human Pyramid with as many people as we can find just for you!


A Youtube video of three of us or more form a Human Pyramid for you while inhaling the sulfur gas!