Sing You A Song in Cappadocia 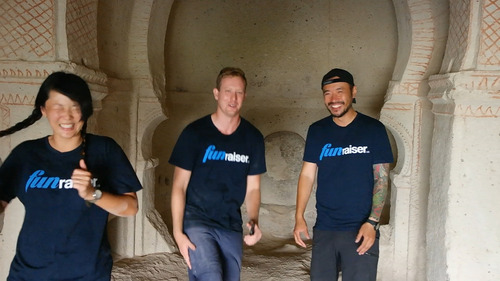 Sing You A Song in Cappadocia COMPLETED

We have completed our FUNraiser mission "Sing You A Song In Cappadocia". We hiked down to the White Valley in Cappadocia and sang you a song in one of the awesome cave dwellings! Right after we start recording we realized we are absolutely horrendous singers hope you can tolerate our "Dead Seal" sounding vocal range. THANK YOU for all your donations, together we saved almost 5.5 acres of rainforest in Peru through our charity Cool Earth. 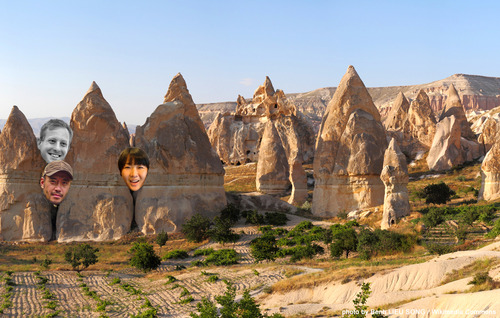 Sing You A Song in Cappadocia

We will sing you a beautiful song in Derinkuyu Underground City in Cappadocia, Turkey. Don’t worry about us singing out of tune, we have nature’s own Auto-Tune to mask our tone-deaf selves.

Derinkuyu Underground City is an ancient multi-level underground city of the Median Empire in the Derinkuyu district in Nevşehir Province, Turkey. Extending to a depth of approximately 60 m, it was large enough to shelter approximately 20,000 people together with their livestock and food stores. It is the largest excavated underground city in Turkey and is one of several underground complexes found across Cappadocia.


A Youtube video of three of us singing a beautiful song to you deep down in this underground city!